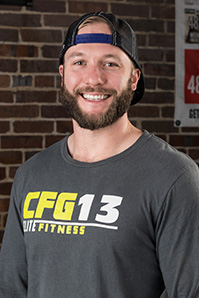 Matt has always had a passion for fitness, and for helping people achieve health and wellness. He graduated from East Carolina University with a B.S. in Exercise and Sport Science in 2008 and worked for over 4 Years as an ACSM Certified Exercise Specialist at Lenoir Memorial Hospital. In 2011, he was introduced to CrossFit and it completely changed the way he looked at fitness. When Matt got his CrossFit Level 1 Certification he knew he had found his calling and made it his goal to start his own CrossFit box! 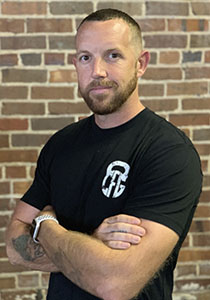 Jason served in the United States Army Guard and his hobbies include motocross and mountain biking. In 2010 after an unfortunate motorcycle accident involving another vehicle which nearly cost him is left leg, he wasn’t getting too far with his physical therapy sessions. In 2013 he heard of a new CrossFit gym opening up and decided to show up at CFG. Ever since that day CrossFit and fitness has become a priority in his life.

Since then has has gained back strength, range of motion, and recovered far beyond what he ever thought possible. In 2017 he decided that he wanted to help others achieve their fitness goals so pursued a coaching position at CrossFit Greenville and completed the certified courses for CrossFit Level 1 and USA Olympic Weightlifting & Sports Performance Coach. Since 2017 Jason has been the CFG barbell specialist and continues to educate himself to better serve the athletes that attend CrossFit Greenville. 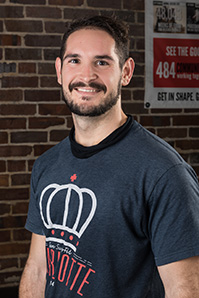 Adam has a passion for teaching and CrossFit. Fitness has been a major role in his life since he gained and lost his freshman 60 in 2007. In 2011 Adam began teaching in Pitt County as well as finding his passion for CrossFit. It was through numerous videos online that he learned various techniques to the sport and began implementing the mainsite workouts in local gyms. In 2013 Adam had finally stepped into his first CrossFit Affiliate, CrossFit Greenville, where he found a deeper understanding and love for the methodology and sport. Adam has had his CrossFit Level 1 certificate since 2014 and is continuing to educate himself to better serve the athletes that attend CrossFit Greenville.

Mitchell graduated from East Carolina University in 2017 with a B.S. in Kinesiology with a focus in Health and Fitness. Upon completing his undergraduate degree, Mitchell took a part-time internship at CrossFit Greenville. During this time he realized his passion for functional fitness and coaching large group CrossFit classes, which persuaded him to obtain his CrossFit Level 1 certification that same year (2017). Mitchell continues to further educate himself in order to help him make the best of each and every training session/class he partakes in! 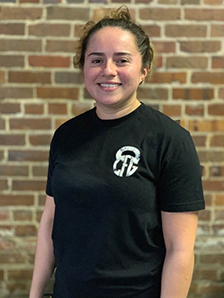 Daniela stepped into CrossFit Greenville in 2014 and has not looked back. Getting fitter and feeling healthier has been her goal from day one, not only for herself but the people around her. She has found a deeper understanding and love for the methodology and CrossFit and wants the same for others. Daniela has had her CrossFit Level 1 certificate and has been coaching at CFG since 2017. She is the “late class boss lady” and loves pushing herself to be a better coach and athletes on daily basis. 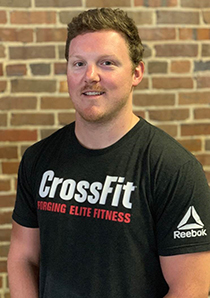 Chase came to Greenville in 2009 and began school at East Carolina University where he majored in Sports Studies and minored in Communications. Being active during his undergraduate years was something extremely important to him, and you could always find him at the Recreation center either working out or working for Campus Recreation. Chase discovered CrossFit in 2013 while watching the CrossFit Games on ESPN and thought “This looks so cool. I want to try that.”

Fast forward to July 2017 when Chase walked into the doors for CrossFit Greenville for his first foundations class. From there he has been a sponge soaking up as much knowledge as possible so that he could eventually take his Level 1. In May 2019 he received his CrossFit Level 1 cert and is currently studying to take the CrossFit Level 2 certificate Course. Chase continues to educate himself through coaching groups and the leadership at CFG. His goal is to provide the members at CrossFit Greenville with the best hour of their day! 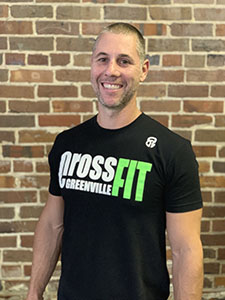 Dan found Crossfit by accident. After being a cyclist for 21 years, his fitness life had fallen into a slump. Looking for a new fitness challenge, Dan decided to try out CrossFit Greenville and quickly realized there was another world of fitness to be enjoyed! The coaching philosophy and community at CFG is something he wanted to be a bigger part of so he’s taken his love for cycling and endurance sports and combined them with CrossFit. It’s a combination that has proven results!